Created in 2004, E.I.T distributes pumps and racks of new electrical and electronic power steering and electric columns.
Since early 2009, works with all known manufacturers such as, JTEKT- HPI, ZF Lenksysteme, BOSCH, LUK, ZF and TRW, Thyssen-Krupp, Lemförder, etc. HUTCHINSON Today we are able to provide the management bodies for the major automotive brands including some Koreans vehicles.

E.I.T is a member of A.P.R.A. and supplies since the beginning of its activity the renovation industry in steering parts, racks, columns and pumps used power steering. The company manages a permanent stock of used parts 16000-20000, a selected and ready to be delivered to our customers quality. Our customer represents 95% of Western renovators and beyond the borders of the European Union.

Our suppliers are also in the whole world, wich allows us to affer you a exceptional range.

The impact of the environment for the transportation and the remain of used parts will always be lower than the importation of poor quality copies of distant provenances. At the same time, we are constantly looking for new suppliers and ready to study all cooperation proposals.

In october 2015, E.I.T has received a chinese delegation (CAAM) interested in the remainof parts for European Vehicules. This day confirmed, if it was still necessary, the international orientation of the compagny. E.I.T did not wait for this events to export parts of Europen and French product in China.

Our first participation at an Automechanika fair in Dubai in 2015, followed by Rematec in Amsterdam in June and before the exhibiting at Equipauto in Paris the same year allowed us to make contacts on all continents. Other fairs followed as in Frankfurt, Sao Paulo, Buenos Aires, Moscow, Poznan, Istanbul. 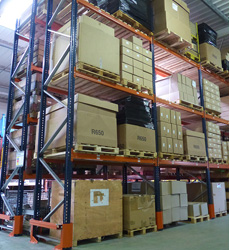 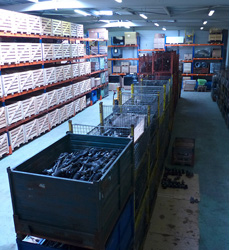